This post features a diminutive lady called Lucy, an emperor by the name of Haile, a few flip-flop wearing parasol bearing clerics, the Red Terror, Sylvia the suffragette, some spicy sauce, and St. George (or at least an eponymous beer).

You have been warned. 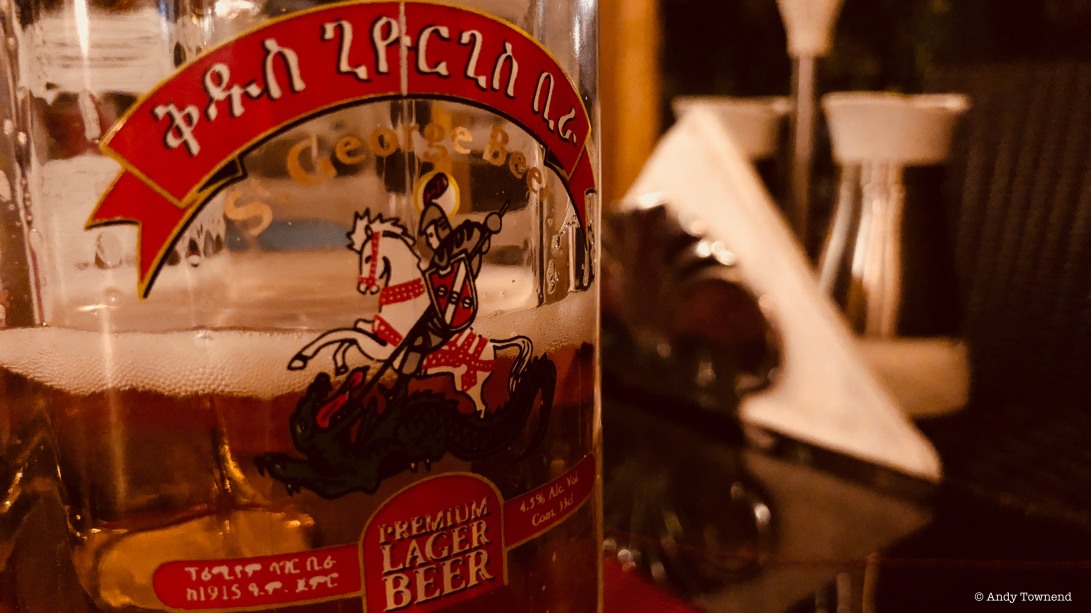 This week, Ben Huberman‘s challenge for the WordPress Weekly Photo challenge is ‘out of this world‘.

In framing his challenge Ben suggested that we ‘share a photo that takes a familiar scene — a place you frequent, a face you know well, an activity you engage in regularly — and makes it look and feel like something out of this world’.

I’ve always had a slight problem in answering the (right) question, or at least reading the question and then coming up with an appropriate answer.

In any event, Ben also said ‘Feel free to interpret the theme as loosely as you see fit. I look forward to seeing your photos!’. So, in a lazy moment, characterised by a certain slice of synchronicity, I found a hook for framing a post that I was going to write anyway.

The problem with my world at the moment is that the places I frequent fluctuate with a frenetic and feverish frequency. And the activity that I seem to engage in with the greatest frequency is that of being a frequent flyer.

Which is a rather long-winded way of sharing some snaps from my latest adventure. It’s not ‘out of this world’ but it was a new part of the world for me.

And I think that must count for something?

This month I have flown, back and forth, as a frequent (if somewhat reluctant) flyer between three African capitals each of which begins with the latter ‘A’. I sense a new theme for a blog stirring in the aisles (which, trust me, are never as wide and spacious as in all those mid air thrillers).

This post is not about Abuja nor it about Accra. It is about Addis Ababa. That almost rhymed, which reminds me I need to write more poetry.

I’ve just spent a few days in Addis. During most of which I seemed to be out of breath. It is very high, which the pilots need to take careful note of I guess. As long as they are not high.

These photos were all taken during a single day in between meetings.

We met in the basement of the Ethiopian National Museum.

And so are you.

The Holy Trinity Cathedral in Addis was built to commemorate Ethiopia’s liberation from Italian occupation, and protects the tomb of Empress Menen Asfaw and Emperor Haile Selassie. I stood before their silent stone sarcophagi but, as the church was, during Lent, full of the faithful, I chose not to shoot.

In front of the cathedral rests Sylvia Pankhurst (daughter of Emmeline Pankhurst) who received a full state funeral at which Selassie dubbed her ‘an honorary Ethiopian’.

Sylvia is the only foreigner buried in front of Holy Trinity Cathedral, in a section reserved for patriots of the Italian war.

Wikipedia notes that the Ethiopian Orthodox Tewahedo Church (Amharic: የኢትዮጵያ:ኦርቶዶክስ:ተዋሕዶ:ቤተ:ክርስቲያን; Yäityop’ya ortodoks täwahedo bétäkrestyan) is the largest of the Oriental Orthodox Christian Churches. One of the few pre-colonial Christian Churches in Sub-Saharan Africa, the Ethiopian Orthodox Tewahedo Church has a membership of between 45 and 50 million people, the majority of whom live in Ethiopia.

Parasols are a central, and solemn, part of religious life.

A museum and memorial house the remains of those massacred in Addis Ababa by the Italians in 1937. A stark reminder of an assassination attempt against the fascist Viceroy of Italian East Africa. 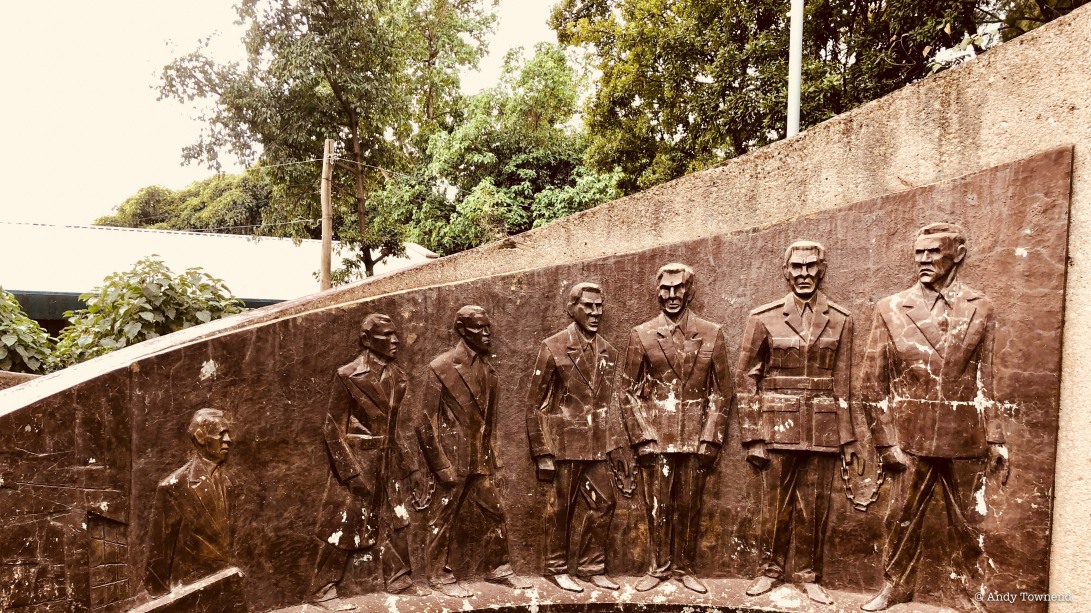 For my first meal on arrival in Addis I chose Lamb Tibs which comprised barbecued lamb with onions and tomatoes and that spicy sauce. Eaten with fingers and delicious ‘injera’ flatbread, it’s also great if (like me) your cholesterol levels are too high, or if you are gluten intolerant. What’s not to like? 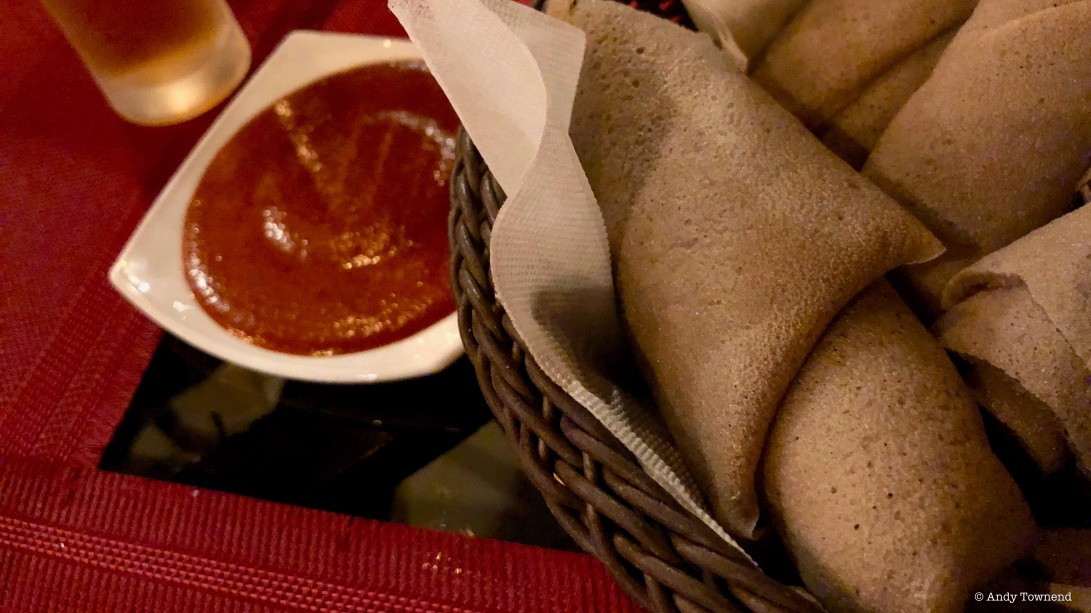 A giraffe looks on. 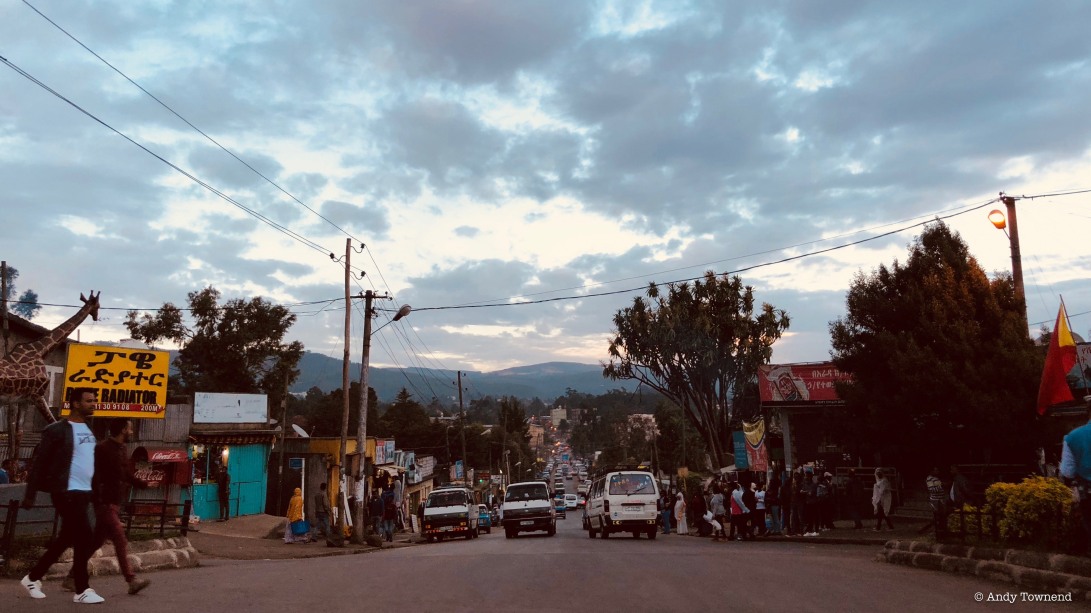 Work in progress and wooden scaffolding. Distinct features of Addis.

There are two classes of taxi (maybe more?). The yellow taxis tend to be more modern and haunt the streets outside hotels and the airport arrivals area. The blue taxis, well they just haunt, are ancient legacies of communist times past. Their emissions make VW’s omissions pale by smokey comparison. The blue taxis are restricted to the city. The yellow may venture further. 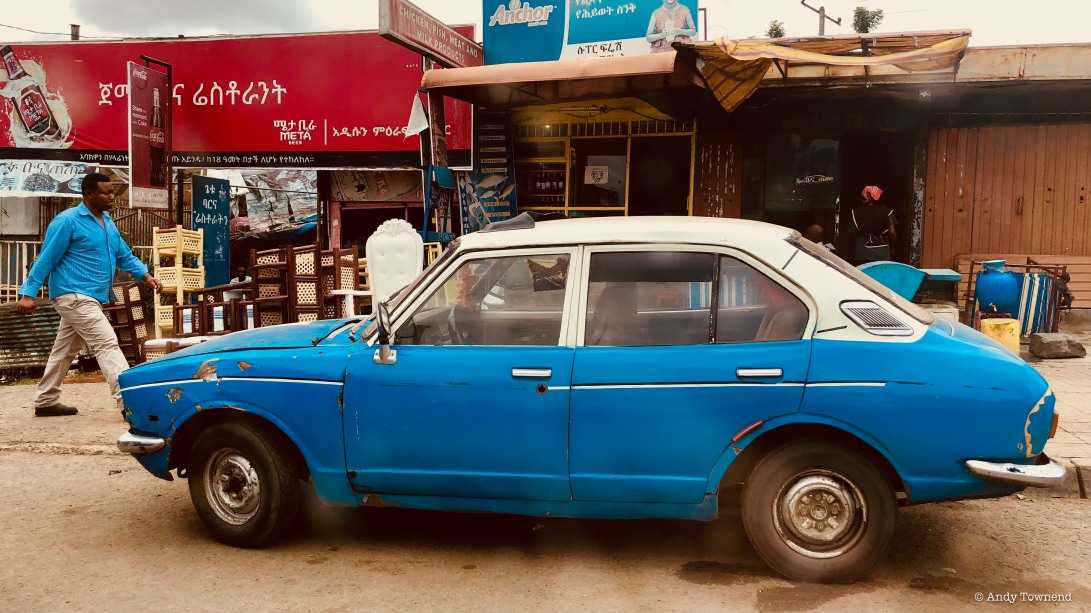 Hung out to dry. Almost (every) abode, however humble, hosts a dish.

Peugeot, a leitmotif across Africa, echoes of Havana. 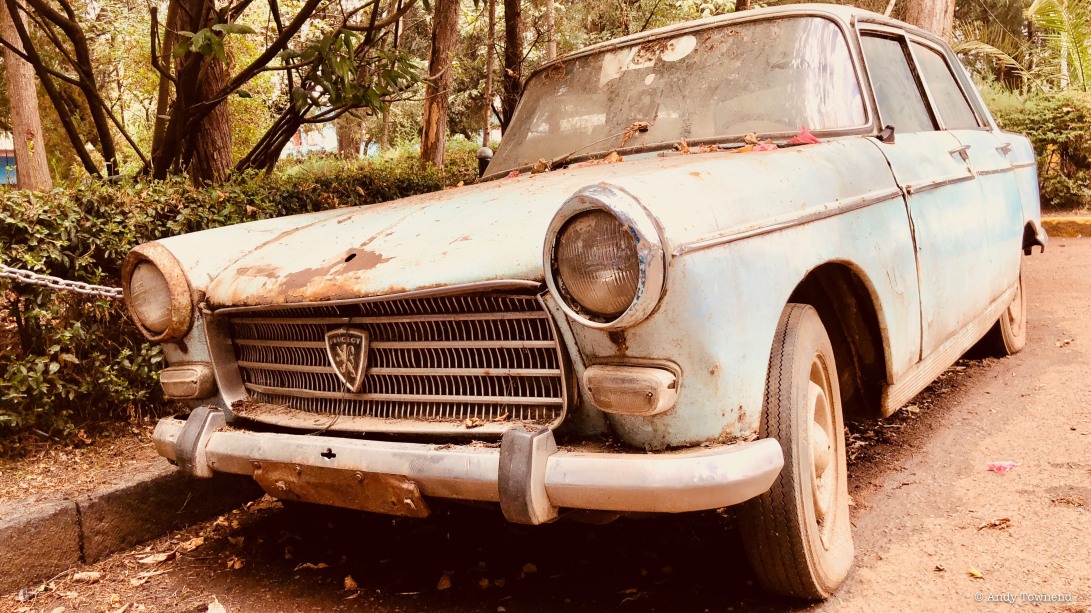 Many churches in Ethiopia are circular or octagonal and surrounded by an open area and terraces for the faithful.

The octagonal design is said to symbolise God and the seven archangels.

And, they also serve, who only walk on by.

*all photos made with iphone x*