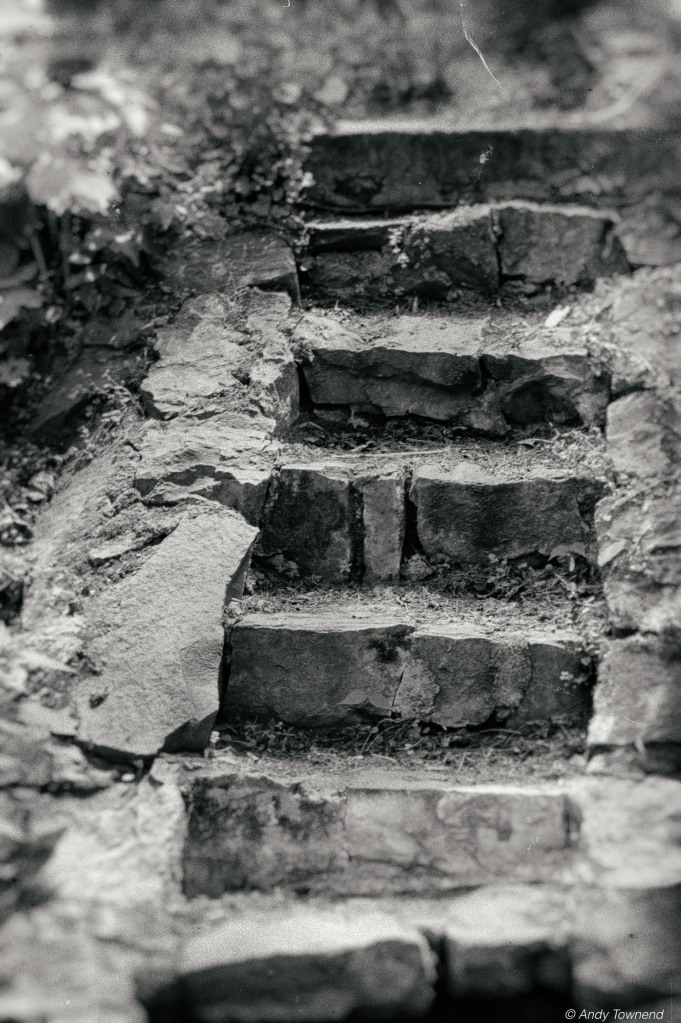 The door closed behind him.

The dark corridor stretching out ahead.

He could not think of that now.

He knew if he did, he would be lost. Again.

He walked on down the hall.

He felt the pain. In his arm. It hurt, as it always did. And the corridor narrowed. The ceiling, the walls, the floor, dark, shifting, coalescing. And the pain. Oh, that searing pain.

Dark, so dark. His chest tightened. Air, he needed air. He felt the walls closing tight around him. How could that be?

His lips had touched hers. She kissed him back, wanting him, hungry for release. She felt his need, his fingers.

She could not breathe.

The pain twisting, growing inside her. His lips cold. She pulled away. The light gone again. The emptiness remained, engulfing.

He shivered as his eyes blinked open. He was not in the corridor. The air damp, musty. He could hear water flowing nearby. Flowing swiftly, darkly.

Light began to filter through the crooked, leafless, blackened branches of a tree. He struggled to remember where he had been, where he was.

The corridor. He had walked through the door, entered the dark corridor.

Which now appeared to be formed from the bark of a forest of ancient black trees.

He struggled to sit, the pain in his arm intensified, his breathing ragged. He sat with his back pressed hard against the rough bark, not caring about the scrapes he would suffer from later. Reaching into his pocket, he grasped the seductive slick metal of the flask. Unscrewing the cap, he pressed it to his lips and felt the harsh liquid burn down his throat.

She had pulled away. Could not face those empty, not blue, eyes for now. The pain in her belly gnawing and churning inside her. He had turned away from her. His eyes averted for now.

She walked, slowly at first, then began to run.

He did not follow. He had turned, those empty eyes watching as she ran.

She had tripped. Fallen. Her hands reaching out.

That was when she had seen the steps. Rough stone steps, descending in front of her. Cold and damp. The emptiness inside her churned again as she looked down the steps into the shifting darkness below.

The harsh jolt of the shot revived him a little.

He turned his head. The pain in his arm screaming and raging.

He bit hard into his lip, rose unsteadily to his feet.

At that moment, he saw them. Ahead of him, through the trees. Rough stone steps rising into the darkness.