I have still not quite become accustomed to the fact that the WordPress Weekly Photo Challenge has switched from Wednesday to Friday (or even, more correctly, from Friday to Wednesday!).

I had become (more or less) settled into checking the site each Friday evening, and firing off a quick riposte to the challenge. Now it seems I’m always late to the party.

Oddly enough, this week, I did check the WordPress site at the appropriate time but have still managed to delay my response to this week’s challenge DANGER! until now.

In her challenge, Michelle spoke about ‘injecting this unexpected frisson of Danger! into an otherwise uneventful afternoon’.

Often, in Nigeria, it is not the unexpected frisson of danger, but merely the unexpected direction from which the, expected, danger might come that makes many a day anything but uneventful. That’s not to say that Nigeria is dangerous all the time, it isn’t, and I’ve made some good friends here, and you should all come and visit!

But, danger lurks everywhere, or so it seems.

I took this shot just at the entrance to the block of the building in which I am (temporarily and from time to time) living. It seems to fit the bill, no? 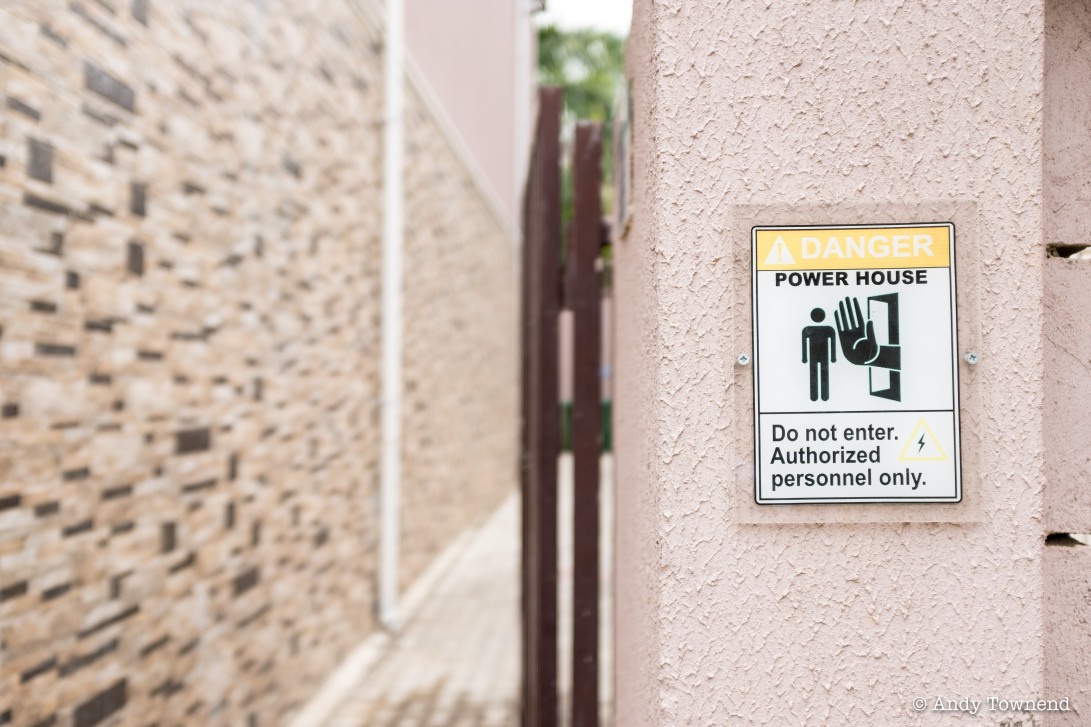 The building itself lies within a razor-wire fenced compound with permanent security. To gain entrance to the compound my driver (I’m rarely allowed out alone and certainly not expected to take the wheel myself) honks his horn (this is actually pretty much mandatory for any driving operation here, including driving in a straight line on an open road). That honk permits the outer gate to be opened. The boot / truck is then flipped and the security guys have a quick look inside, a mirror is used for a cursory check of the underside of the car, then the inner gate is swung open. And home sweet home.

On my journey to work, I thought I would keep a weather eye out for other signs of certain danger.

A fire, stoked by a stack of old tyres sending a thick black plume of acrid smoke into the (now mercifully dust free) sky. An abandoned mansion daubed with a black painted warning of dire consequences ‘EFCC Keep Off’. A herd of cattle being led by two young boys meandering along the margin between the half constructed buildings and the partially built road. The road-sweeper with a stick broom diligently dusting the edge of the roads as cars hurtled past with no obvious attention to lane discipline. The guy on a motor cycle happily heading against the traffic on the wrong side of the road (and of course he wasn’t wearing a helmet, no one does). The swarm of three wheel ‘Keke’ (rickshaw) taxis, weaving between the battered green taxis, blacked out government SUVs, and the ubiquitous road side sellers. And of course the frequent road blocks.

So, no danger here, just an ordinary every day ride on nigeriastreets