Having arrived at Heathrow this morning on a red-eye from Lagos, and finding myself unable to check in to my hotel for several hours, I took to the streets like any other self-respecting homeless person, by which I mean no disrespect to actual homeless persons, it is of course no laughing matter.

I had two main goals, one was to find breakfast (which I did, and I must have looked particularly hungry as an additional slice of bacon was added to my bacon roll and coffee), and the other, that was to walk along the South Bank to the Tate Modern. My plan being to spend six hours or so in quiet artistic contemplation, before the hotel would throw open its portals (or at least activate a smart card) to me and my battered luggage.

I also had the foresight to bring my camera with me, my Fujifilm X100F, which has now has become my constant travelling companion.

END_OF_DOCUMENT_TOKEN_TO_BE_REPLACED

Schumann says it all.

When you play, never mind who listens to you
― Robert Schumann 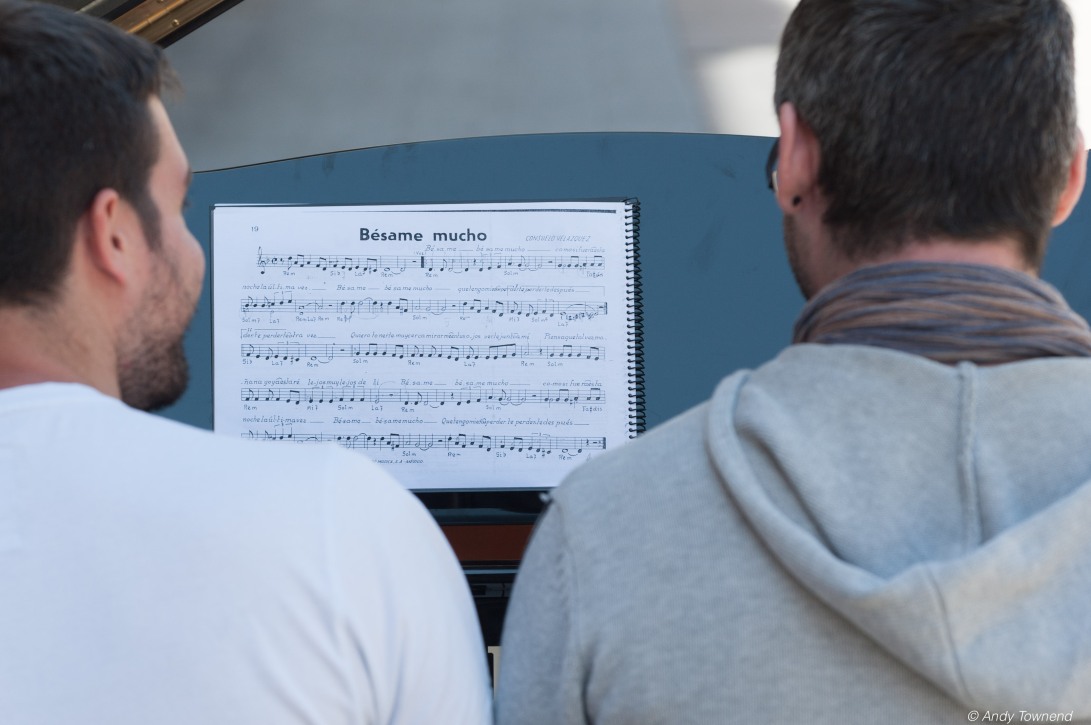 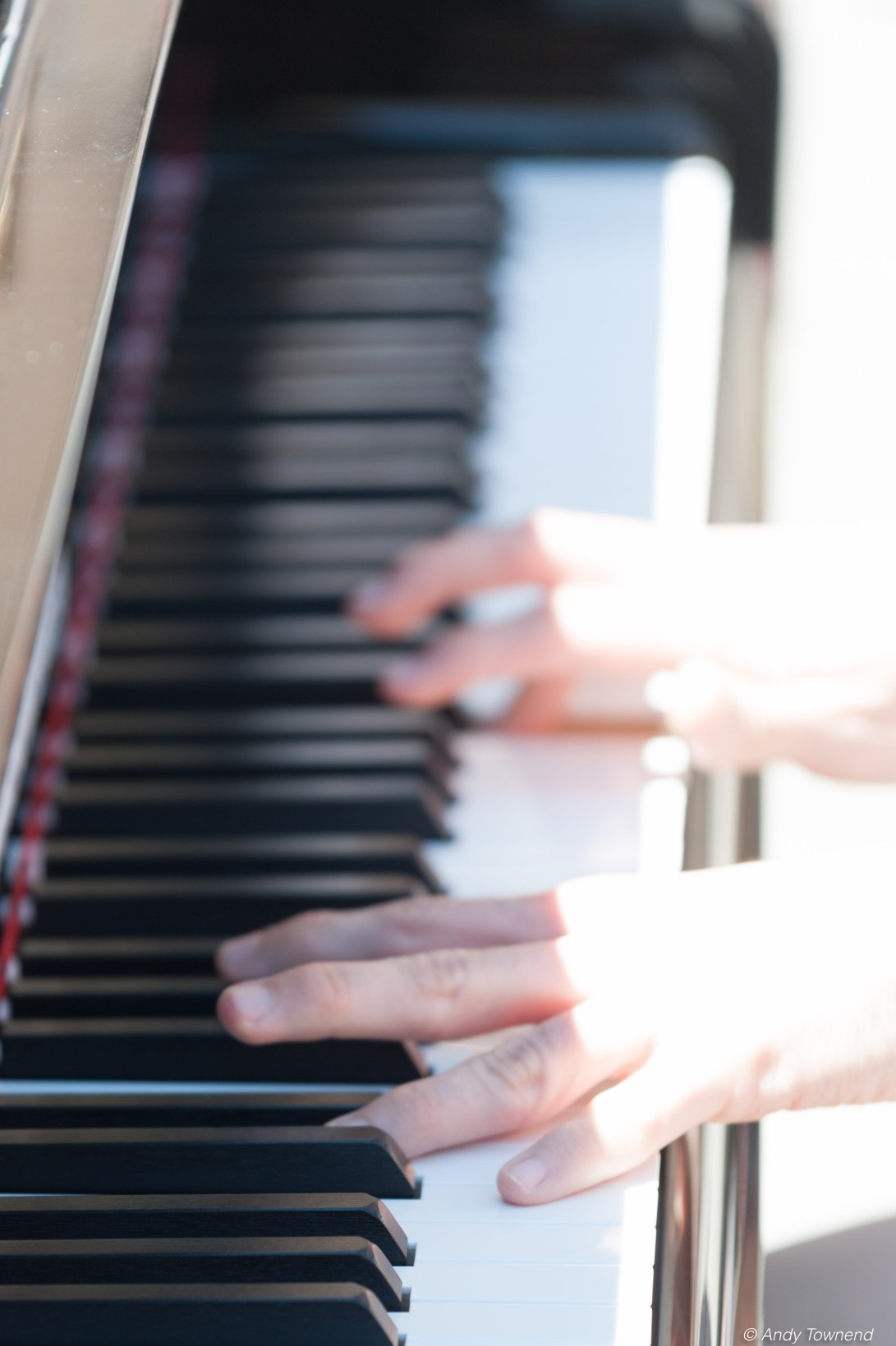 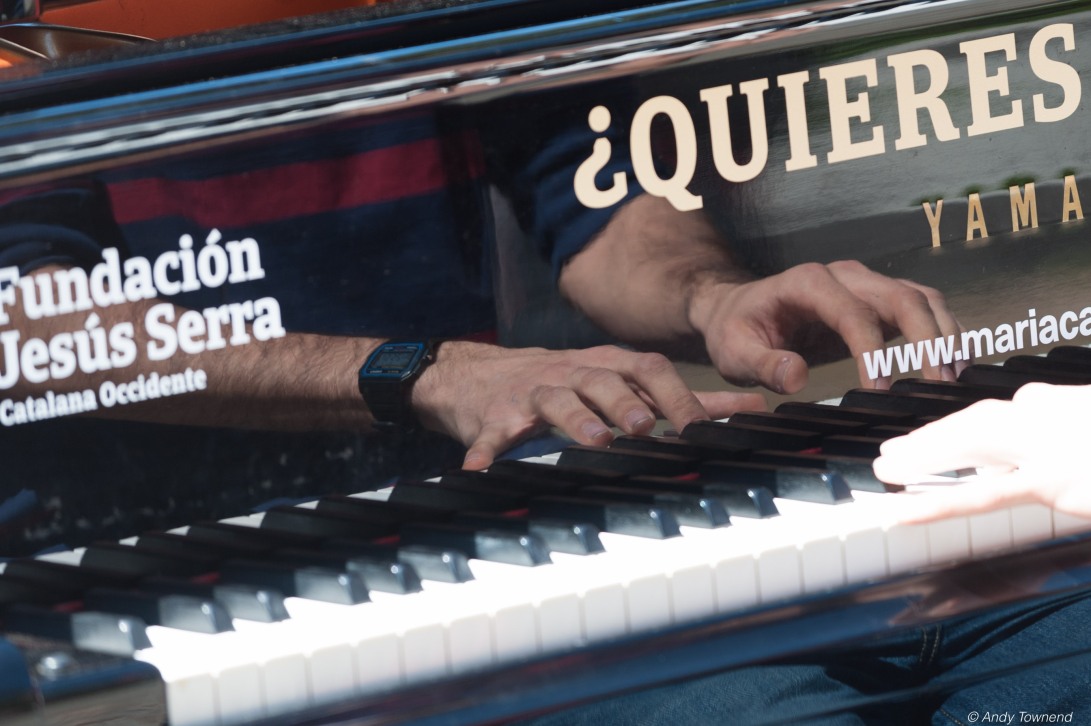 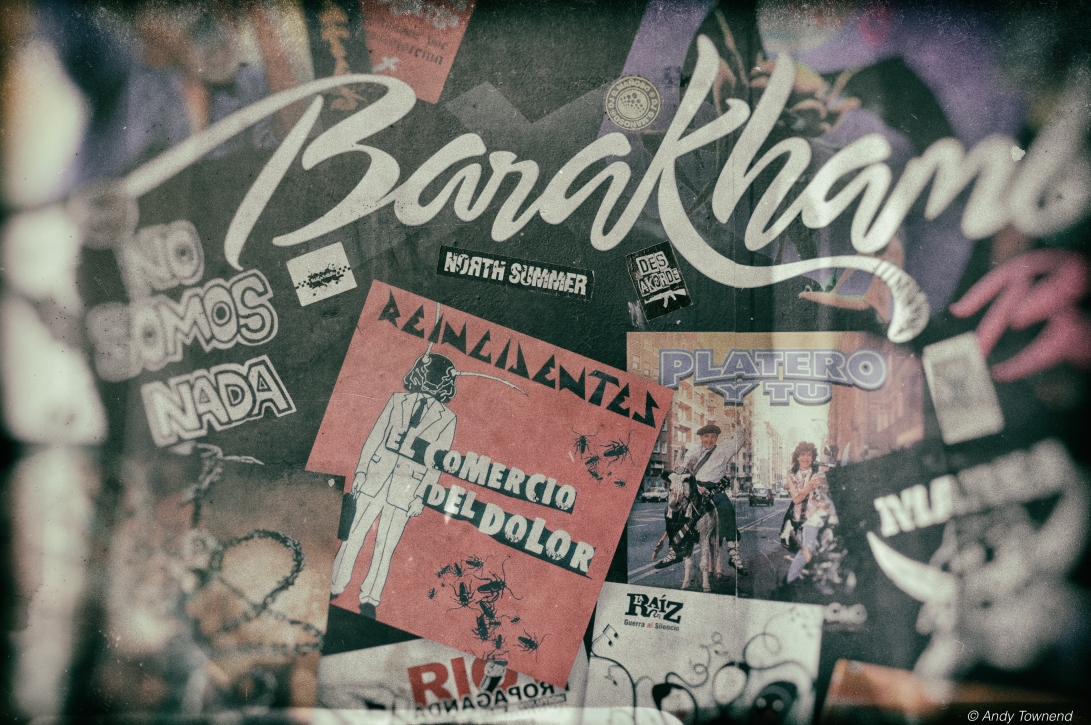 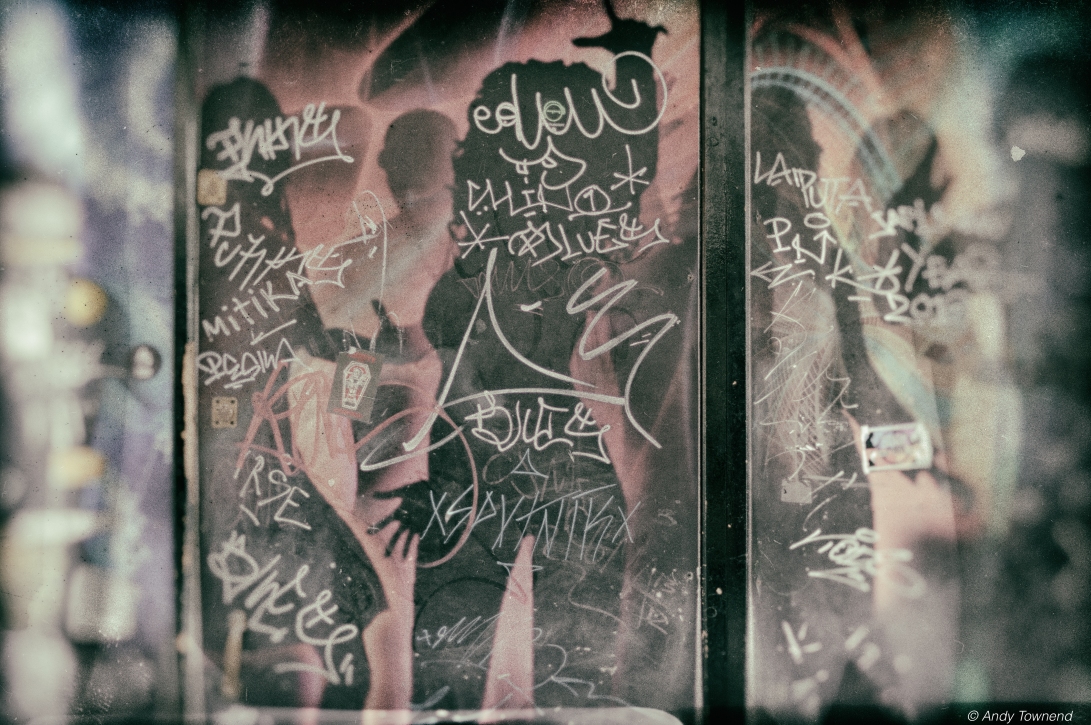 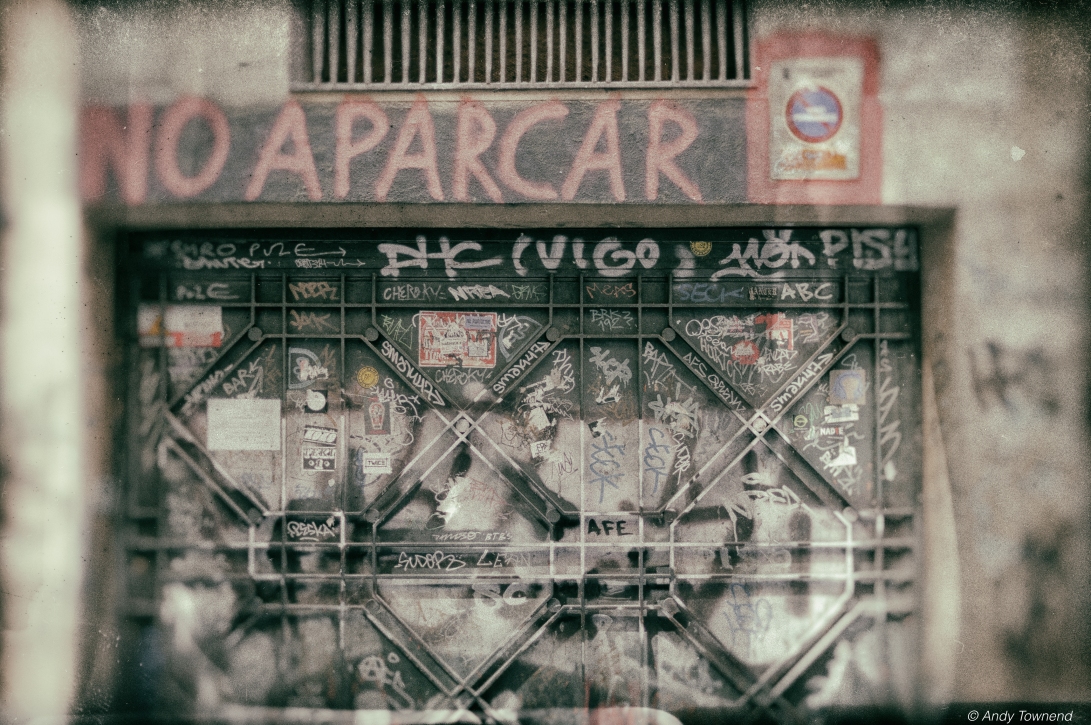 This post  began as something of an experiment. It , started out initially at least, as my response to Day 14 of the WordPress Writing 101 course, we were invited (I’m late to the party – again) ‘to recreate a single day’. I’ve decided to twist the prompt, because that’s what I do. So, rather than recreate a day, I’m going to share today, my day, with you, my readers. That means I plan to update this post throughout the day, never tried this before so let’s see what happens? Let’s hope writing the post doesn’t get in the way of the day I have decided to write about. Ha.

Woke very late, after months of not sleeping well, this day I slept through until noon. Woke to texts and news bulletins warning that the Metro has been shut down here in Brussel. Pouring with rain. Not a good day to visit Brussel. I’ve realised that I have no food, my plan was to visit Marks & Spencer and buy some comfort food. Comforting to see, courtesy of BBC News, that heavily armed soldiers are guarding both M&S and the Apple Store next door, now need to plan how to get from Molenbeek (yes indeed) to the store.

Not a good day to visit Brussels. High security alert. And it's pouring with rain. Don't #visitbrussel pic.twitter.com/E2xEA1WgaK

After coffee and hot shower, wrestling with html to insert columns (something I would have learned had I stuck with Blogging X01, decide to give up and just type. Now time to go out and see if I can take photos of whatever is, or is not happening. Wonder if I will stick with this 24 style post? Catch you later. maybe?

a live (that means it will be regularly updated) response to Day 14 of #writing101 from… https://t.co/qhIrmex2rI pic.twitter.com/D7Neqd61vH

Buses seem to be operating. Well this 86 to Brussel Centraal is anyway. Hard to write post with one hand and strap hang with the other. Never a dull moment 😉

Light fading now. Parts of central Brussel resemble a ghost town today. Is this freedom or fear. Who wins on a day like this?

Ok, time to head home and check the shots I took on the street.  Also, I’m soaking wet and my fingers are freezing and my mobile battery is about done.

A pensive moment in #brussel pic.twitter.com/phVb2UyZdA

I can see I need to tidy up some code in this post. Realised it’s not that easy to try and post on a mobile whilst also trying to document troops on the streets with my Nikon. About which more later. Photos now downloaded to my Mac so now to review and edit. Will probably post some here and also over on belgianstreets.

Uploading shots from the streets of Brussel to belgianstreets. And watching BBC news talk about Molenbeek, from my flat, in Molenbeek.

Posted gallery of images from my walk around central Brussel this afternoon. Now time to take a break and have a bite to eat…

Check out my photos on belgianstreets.

Waiting to give an interview on BBC News… (@ Le Roi des Belges in Brussels) https://t.co/mCmrS0WB3U

left the warmth of bar, heavily guarded by soldiers and now heading back home to Molenbeek.

Now relaxing with a glass of wine and just watched my interview on BBC World News which featured many of the photos that I took today. And, when I decided to try this experimental post I thought it would be just another ordinary day…

With thanks to the BBC I am delighted to have uploaded the unedited live interview that took place on Saturday night, this replaces my rather shambolic amateur capture…

Actually after a day like today, it’s hard to just, well, sleep.

'A dream of life comes to me' We are nothing if we give in to terror #unitedwestand #brussel #paris #london #NYC https://t.co/7IpKbJoMaf

Another late rise, although in my defence I didn’t really fall asleep until around 4. Time to make a coffee and think about the rest of the day. At least it’s stopped raining and it was a peaceful night.  May go back out shooting again today or maybe just curl up and read, been a while since I did that. 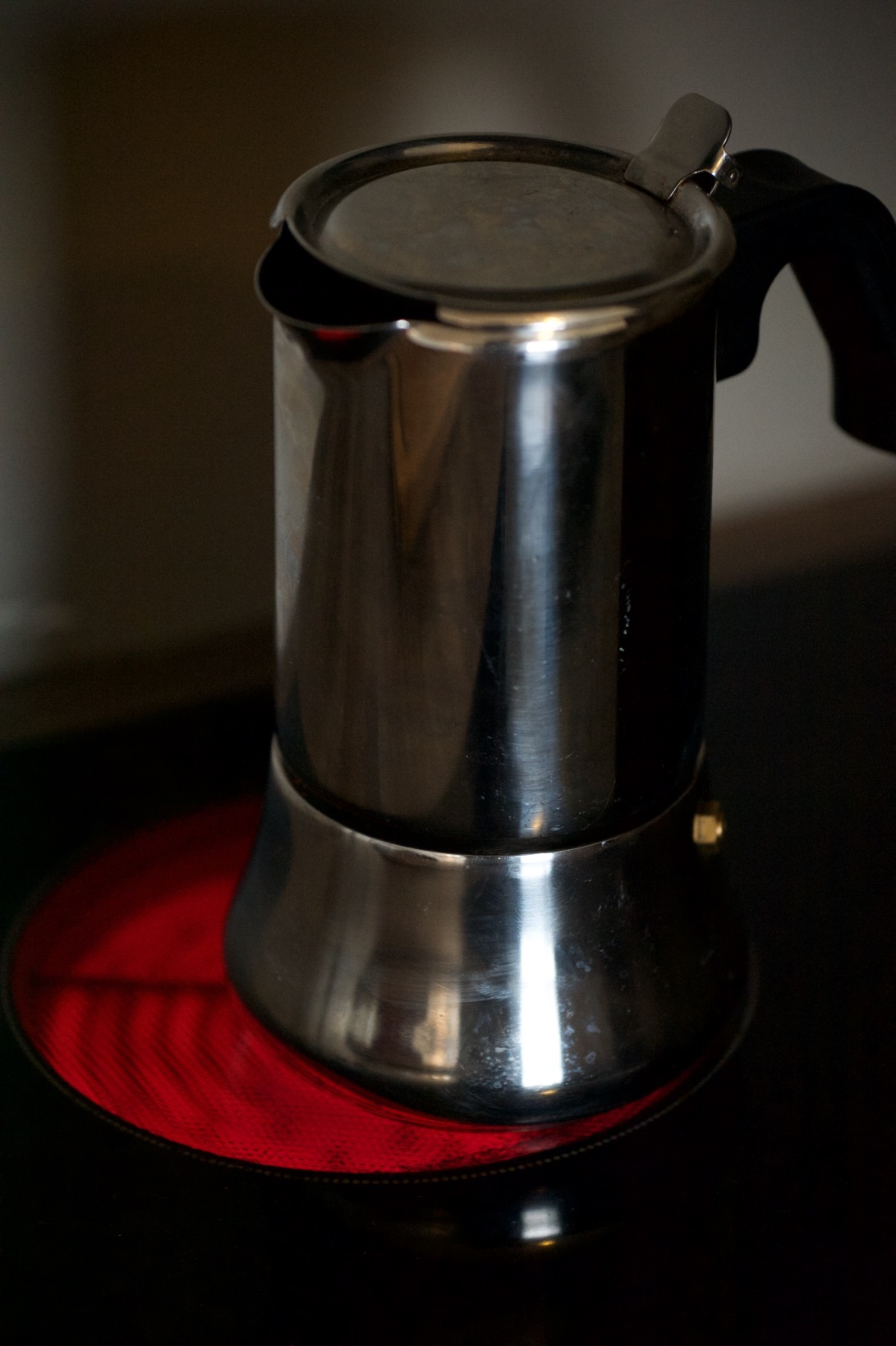 So, I set myself a period of 24 hours for this post and the time has now come to wrap. When I started typing away yesterday I had no idea what the day would hold.  Which made me think that we never really do. But many of us live our lives as if there would always be another day, another 100 days, so we perhaps don’t live the day in the way we would if it really mattered. Yesterday there was no terror strike in Brussels, thank goodness.

When we look at the terrible periods in history it is often those that sat back, did nothing, didn’t care, couldn’t be bothered, thought it was up to someone else, that caused as much harm as the perpetrators of evil and terror.

So let’s stand united against terror. They can only terrorise us if we let them. There is a role for each and every one of us to play.

Even little acts of kindness, care, compassion and understanding matter.

It’s not necessary to be a hero. Just don’t look the other way.

“You may say I’m a dreamer, but I’m not the only one. I hope someday you’ll join us. And the world will live as one”
― John Lennon

“When the orbits of these two satellites of ours happened to cross paths, we could be together. Maybe even open our hearts to each other. But that was only for the briefest moment. In the next instant we’d be in absolute solitude. Until we burned up and became nothing.”
― Haruki Murakami

(tree, all low keyed up and waiting for me in a forest near tervuren…)

(for Imagecraft Bootcamp — Low Key Images, by Mitch and Lucile)

“horse sense is the thing a horse has which keeps it from betting on people ”
― w.c. fields

(miles away from where you are)

(for Imagecraft Bootcamp — Low Key Images, by Mitch and Lucile)

“It is by riding a bicycle that you learn the contours of a country best, since you have to sweat up the hills and coast down them.”
― Ernest Hemingway

(for Imagecraft Bootcamp — Intro and First Challenge, by Mitch and Lucile)

Awakening from the unending nightmare.

The blow to the head.

The smell of damp earth.

The memory of a pair of sneakers that seemed so disturbingly familiar.

(and inspired by a dreadful awakening)

(oh, and as my first nomination, I’d like  to invite cardinal guzman to share more of this…)